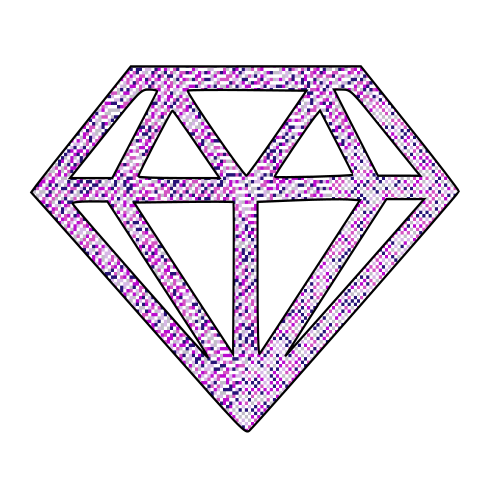 The Lapidary
diamond.mirror.xyz
A Guide to the Best Web3 Writing for the Attention Starved
0xC754
June 19th, 2022

When Mirror launched Writing NFTs on Optimism I was excited -- I wanted to support friends and ideological fellow travelers but didn’t know where to start!

As Christian and I through the articles, we saw an opportunity to help other attention-starved people interested in Web3 quickly find the writing most relevant to them.

So, we read, summarized, and categorized each article. We hope this "context layer" can help people navigate find inspiration and community within this selection of outstanding Web3 writing.

We sorted each article into one of three sections: Better Explanations, The Normative, and Emerging Best Practices.

You Don't Own Enough ETH
The Daily Gwei

The Daily Gwei underscores the importance of Ethereum adopting a proof-of-stake algorithm, reducing energy usage by 99%, and walks through the potential impact of fixed (or potentially deflationary) supply for ETH stakeholders.

Gaby questions the name of a key crypto primitive -- the wallet.

While wallets were originally designed to store assets and track transactions, the rise of NFTs has transfigured wallets from ledgers to galleries.

Gaby believes that what we call wallets will become more vertically integrated into dApps to support highly-specific features and use cases.

Alana Levin opens her article with two provactive questions: what exactly do public goods look like in crypto and how do they accrue value?

Right now, some Web3 communities bandy the phrase "public good" about without defining what public good is being offered and how their token supports that good.

Alana recommends that Web3 communities do a better job of defining what public goods are supported by their token to encourage projects to offer differentiated goods.

She also calls for Web3 communities to be more clear about what Web3 means in the context of crypto, to help Web3 newcomers with an interest in public goods avoid confusion.

Packy explains why tokens matter, starting with the innovative forms of coordination enabled by tokens.

Unlike other assets, tokens are "programmable primitives" that allow Web3 communities to signal what matters to them, reward contributions, build relationships, support each other, and incubate new forms of human organization -- ultimately nations.

Packy concludes with the observation that his tokenomics treatise assumes that the community has something of value to offer -- tokenomics cannot create value in and of itself.

Sirsu convincingly argues that NFTs can be used to ensure the people who create culture are rewarded: economically, socially, and culturally.

Compensation, according to Sirsu, begins with attribution; the blockchain presents a unique opportunity to bring transparency to the "supply-chan" of culture, making it more difficult for culture vultures to exploit the work of creators without acknowledging them.

Sirsu points to Catalog, which allows creators to direct revenue from sales on their platforms to communities that deserve attribution, as a real world exampe of the attribution -> compensation flow.

A Theory of Justice for Web3
Li Jin and Katie Parrot
Li and Katie observe that like Web2, Web3 began with a "promise of empowering individual creators and removing intermediaries."

They look to political philosophy and social contract theory to design principles for Web3 communities that actually "promote fairness", beginning with John Rawls.

John Rawls' most enduring contribution to political theory was the "Original Position", a thought experiment that asked what principles of fairness a group of people would choose for their community if, behind a "veil of ignorance", they didn't know which role they would play in the community.

Rawls believed that communities would choose to follow "the Difference Principle", which balances freedom and equality by accepting inequality (allowing the best of to become better off) as long as the worst off also benefit (at least a tiny bit).

Li and Katie believe that Web3 communities should offer members the ability to earn ownership through labor as a pathway towards greater fairness and equality.

Chase positions "co-ownership" as the "true social primitive" for Web3.

While ownership is traditionally viewed through the lens of control, Chase believes the social elements of ownership -- a sense of belonging, opportunity for self expression -- enable Web3 communities to serve as "digital homes...tenderly cared for" by their members.

Variant Fund asks readers to look beyond the "speculative frenzy" in NFTs and towards their potential as a "'port of entry' for every piece of media on the internet."

Before, artists more or less relinquished ownership and control of their content when they submitted it to social media platforms.

Web3 and NFTs present artists the opportunity to retain ownership of their contributions and get rewarded when their "media legos" are recombinated into new works.

While NFTs rose to prominence as an investment class, Kinjal observes that speculation by small groups of insiders prevented NFTs from reaching their full potential.

According to Kinjal, platforms need to incentivize creators to shift their focus from investment-oriented NFTs to consumption-oriented NFTs for the asset class to fulfill its potential for social change.

Spencer Graham, the patron saint of DAOs, warns that tokens may encourage DAOs to focus on the wrong metrics and develop flawed incentive structures.

Spencer introduces Goodhart's Law: when incentive systems are too reductive, people often game the system in ways that run counter to the values the system was designed to promote.

According to Spencer, many tokenomics schemes run afoul of Goodhart's Law, and DAO contributors must design ways of incentivizing DAO stakeholders that don't leave the DAO exposed to adversaries who will attempt to capture control of the community to direct its resources towards their personal interests.

Context Disruption
David Phelps
David Phelps explores the concept of "context disruption", which he describes as "the last decade's great tool for attention, authenticity, and antifragility."

My main interest in Context Disruption, however, is as a *tool—*specifically, the last decade’s great tool for attention, authenticity, and antifragility.

Context disruption is how 21st century leaders interact with legitimacy: "Attention claims it, authenticity secures it, and antifragility guards it", according to David.

Denis asks why it's easy to send information permissionlessly but not value.

Since crypto "encodes value as information, and, consequently, information as value" Web3 is an opportunity to entangle them, so information can flow as freely as value while in conversation with it.

Mirror is an opportunity to "run [that] experiment at the intersection of publishing and the programmable spread of value."

In the past, writing was idealized as a solitary pursuit -- something to be done in a rustic cabin.

The Generalist argues that Web3 brings composability to writing -- opening the door to "multiplayer media."

To advance multiplayer media, platforms must define a creative process and assign specific roles at each stage of that process; in their view, smart contract logic can track contributions at each stage and reward contributors retroactively once the work is monetized.

The Generalist produces (incisive) long-form feature articles through this process.

Indreams lays out a strategy for NFT communities to protect themselves against sybil attacks.

When a sybil attack targets an NFT community, "bad actors quickly buy up many editions with the intention to resell them at a markup price."

According to Indreams, existing defenses fall short; for instance, restricting each participating wallet to one edition doesn't protect against someone who...simply creates a bunch of wallets -- although Chainverse is experimenting with wallet clustering algorithms to identify this attack vector.

I found this article interesting -- not just because I agree, but because it signals that Web3 thought leaders are beginning to appreciate the value of a previously maligned "Web2" concept -- KYC.

Web3 people hate KYC so much that Chainalysis wasn't allowed to hang their banner inside the conference hall at Bitcoin Miami right here. Is social KYC coming?

Come for the creator, stay for the economy
p.mirror.xyz
Patrick identifies emergent "best practices" that Web3 communities can review to guide their growth strategies.

According to Patrick, the Web3 go to market strategy generally entails three stages:

Patrick criticizes this playbook; it only works for an elite cohort of creators, as other creators are disadvantaged by opaque compensation practices and illiquid social / content graphs.

De-financializing social tokens
kairon.eth
Kairon opens with the observation that many social token DAOs want something (token go up) that opens the door to the community's dissolution (speculation / dumping).

Instead, we should encourage people to view the primary use case of social tokens as symbols of reputation and network, rather than financial assets, according to Kairon.

Kairon recommends the creation of a "DAO Native Dashboard for Contribution", or a single source of truth for the different forms of socially valuable contributions by an individual, as a first step towards shifting the paradigm.

Games and Blockchain
polyna
Polyna contends that "blockchain has no place in a vast majority of games" but can be used to enhance player experience in limited areas.

According to Polyna, incorporating money in games "suc[ks] away" the immersion that people play video games to experience.

They believe that fundraising is a promising gaming application for blockchain.

The MVP before Christmas
Mirror Development

How to Build a Headless Band: Architectonic Chaos

CHAOS provided a layer of structure and guidance to ensure artists worked towards a shared goal (dropping 5000 Music NFT "packs") while leaving room for creativity and emergence.

The Next Media Business: Talent, Reputation and Lessons from Record Labels
Dark Star

Dark Star contends that "the media companies of tomrrow should look something like the record labels of today."

According to Dark Star, media companies rely on talent for their success but have not advanced talent-centric business models; instead, their financial focus was directed towards "content ownership and distribution."

By providing creators with more control over content ownership and distribution, Web3 provides an opportunity to revamp their business models to focus more on providing their talent with the resources they need to succeed -- on whichever platform/s they believe are best suited to distribute their content.

Variant is focused on the growth of the ownership economy. Their ownership economy landscape answers "fundamental questions" about the emerging sector: "How big is it...where is it headed? What trends are defining its current state, and possible future?"

Worth a read to reflect on what we've learned since the article was written, when projects like Axie Infinity and Loot were viewed as exciting and potentially enduring.

Dark Star believes that creators are "in the business of eliciting and manufacturing subculture".

When creators build sub-culture they "open up a unique pocket of value for themselves [and] their community starts to construct an identity out of the value that has been created."

According to Peter, many Web3 communities fail to build trust with new members during the "initial window of opportunity" after they join the community.

By creating systems that assure contributors that "their contributions are going to be put to good use", "the intentions behind the community are earnest", "the community is capable of achieving and making progress on its goals", and "the people in the community share the same values they do", DAOs will attract more contributors by promoting a sense of "pyschological safety."

Kinjal outlines some of the distinguishing characteristics of crypto that make life in Web3 communities different from traditional companies, ranging from 24/7 markets to open access.

She concludes with opportunities (like curation as a service and social DAOs) that leverage the unique characteristics of crypto markets.

Subscribe to The Lapidary
Receive new entries directly to your inbox.
Collectors
View
#1
#2
#3
View collectors
This entry has been permanently stored on-chain and signed by its creator.
Arweave Transaction
b9nrS_Vdc-IuWiK…ewpAM0pGIDD3j8A
Author Address
0xC75446A6AdaEF…3536977B2b639e0
Content Digest
pCavQfP-DvJ1fjs…uCSvL99C6XMcR_s
More from The Lapidary
View All